Gamers love to sniff out off-the-beaten track, cultish games and, until now.

with the occasional port across to consoles - have been massive in Japan,

Here there be monsters

Happily, it has the quality to do just that. Generally described as an RPG Monster Hunter: World feels

refreshingly different to its peers. At times, it evokes memories of the hunting simulators that were

massively popular in the 1990s, except played out in a setting which could easily be the backdrop to

After a character-creation session, the game whisks you off to the inhospitable, uncharted New World on a

ship. There's a bit of a Pilgrim Fathers vibe, as you're part of the Fifth Fleet, trying to get a handle on why

There you make your way to Asteras, an endearingly ramshackle wooden city to begin to embark on quests

designed both to teach you how to play the game and, as far as the storyline is concerned, to make the surrounding

area safe for the myriad eco-researchers trying to find out all they can about the mysteries of the New World. 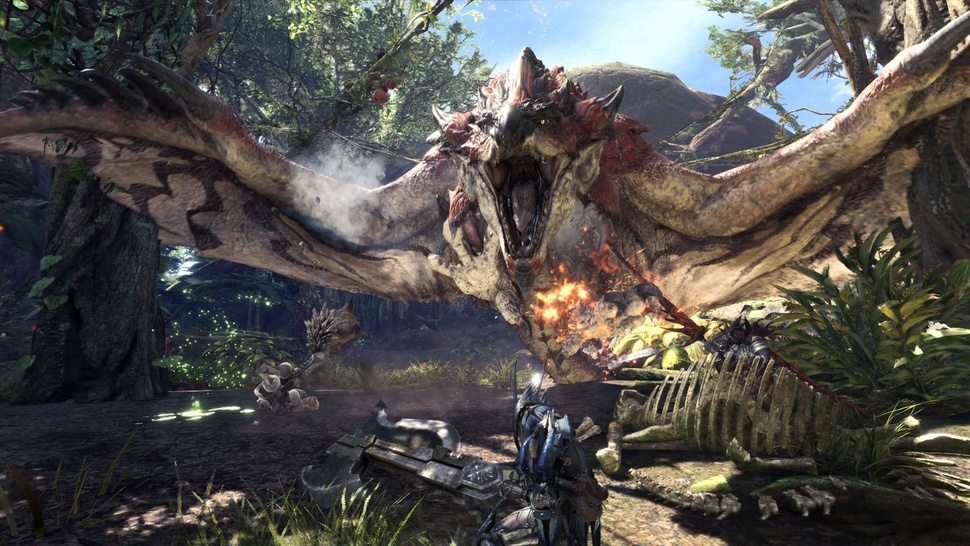 The initial quests pretty much involve hunting down an increasingly fearsome roster of monsters. It soon

becomes apparent that monster-hunting is no trivial matter - particularly if you play the game solo.

Monster Hunter: World is designed to be played co-operatively by up to four people in a drop-in, drop-out

manner, and if you join a group, you will find the hunts considerably shorter and easier.

But you will also run the risk, in that scenario, of failing to develop a proper understanding of the game's

systems and subtleties which are, respectively, sophisticated and considerable. 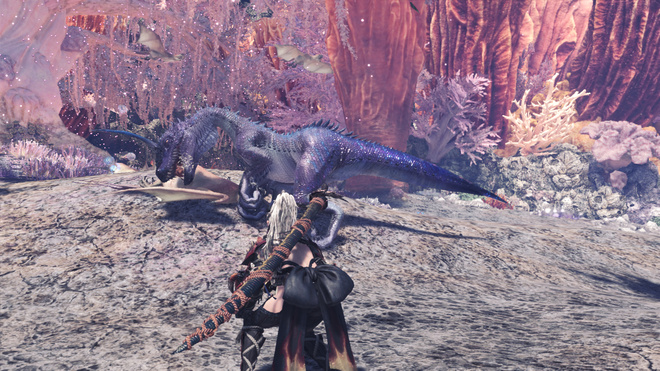 a commonplace fashion. A long and involved hunt of a huge and fearsome beast, for example, might easily

take a twist if you drive it into the clutches of an even more deadly foe, enabling you to watch while it

takes damage before moving in for an easier kill.

Monster Hunter World's open world is amazing. The game has an ecological vibe to it so, while you hunt,

you'll be collecting and researching flora, fauna and raw materials, pretty much all of which can be

crafted into useful - indeed essential - items. The crafting system is exemplary: you can even set

it to automatically craft key items when you acquire the requisite raw materials. 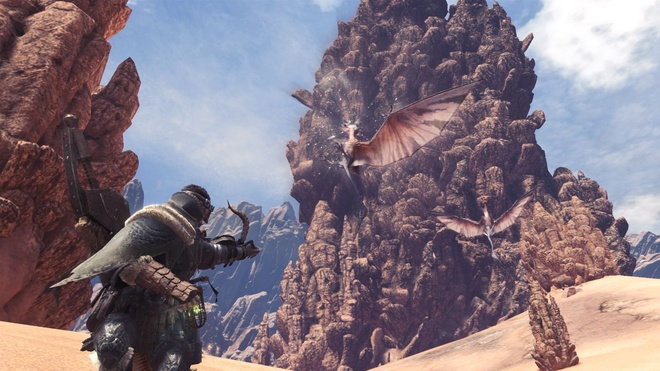 The process of killing or subduing monsters requires a lot of patience along with careful attention to defence.

Most monsters can cause you to faint  with just a couple of attacks, so in between flurries of  attacks, you

must roll away and restore your health with a potion. If you faint three times, you will have to restart the quest.

Selecting the right weapon with which to take on each monster is essential. As your research into a monster

progresses, you discover its weak points and which items and elements it is vulnerable to, as well as becoming

familiar with the subtleties of its behaviour in combat.

It helps to employ traps, some of which must be crafted, whereas others are built into the environment.